"When I asked the DA Sean Duagherty, for my own peace of mind, 'I don't need to know what evidence you have so I don't compromise the case, just that you have the physical evidence on Chase Merrit.' DA Sean's response was effortless,"We have a mountain of evidence against Chase, and some of it is circumstantial." - Michael McStay 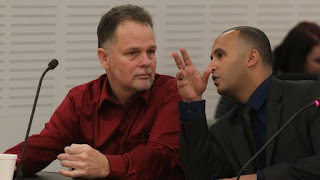 With the release of Monday's interview with Merritt's Attorney, Jimmy Mettias, it's no stretch of the imagination to realize the defense is doing damage control ahead of Chase Merritt's preliminary hearing scheduled June 15th.

Mettias said he and Merritt's three other attorneys didn't want to tip their hand, but they had "strong rebuttals" for "very circumstantial" evidence in the prosecution's case, including the belief the family was killed inside their home.

"You could expect the DA will claim, and their position has been maintained throughout, that the murders themselves occurred in the home. They'll rely on a couple of small things they believe would lead them to believe the murder happened at the home," he said. "The problem we've seen throughout this, there's not a shred of physical evidence that would even suggest that a quadruple homicide by bludgeoning people would have occurred inside the house."

Gotta love that Mettias labels the murder weapon, a sledgehammer with paint on it, as a "small thing". The claim is that the paint on the hammer did not come from the home. I guess we'll have to wait and find out.

But I'm willing to believe the prosecution will prove that the hammer did indeed come from the home.

Is this the only argument that the prosecution has against Merritt? Do they have to prove that the McStays were murdered in the home?
No.

One person expected to testify for the prosecution will be an official with QuickBooks, the accounting software company.

"There are some QuickBook transactions that are kind of central to their case in terms of developing their motive," Mettias said, without specifying further.

The claim elsewhere is that Chase Merritt regularly wrote checks to himself and then cleared it so that another business partner would not see it. Really? Is this what Merritt did the night of February 8th? In the past he was always calling Joseph to tell him he needed the money. Did Merritt need money? Why?

Another question, if Merritt needed money why didn't he ask for it on February 4th?

Maybe Merritt did exactly that and Joseph McStay flat out shut him down.

Whatever it was, after that luncheon, the fate of the McStay family would very soon be in the hands of a cold blooded murderer.

So here we are today, 5 days away from finding out what Deputy District Attorney Sean Daugherty will present to the judge to move forward with a trial. Does the prosecution have a weak case? 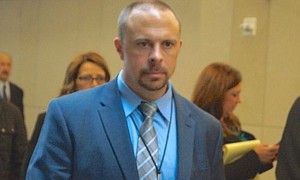 Let's look at some other cases that Daugherty has been involved with, one still pending trial.

From a link that is now dead:

Jurors got a first look on Tuesday at the extensive injuries a Barstow couple is accused of inflicting on the man's 3-year-old son, injuries that resulted in his death.

Deputy District Attorney Sean Daugherty highlighted the list of injuries that the child received during his opening statement Tuesday. Daugherty's opening statement included a slideshow of photographs, taken at the Darthart home and during the autopsy, that showed cuts, bruises, and burns to a large portion of the child's body. Several jurors shook their heads and Darthart glanced backwards at the screen throughout the slideshow.

Daugherty also played a 911 call, from Sept. 5, 2006, in which Darthart tells the dispatcher that his son was unresponsive, but breathing. Darthart claimed that his son had hit his head in the bath the night before and needed CPR, but that he put him to bed afterward.

Ellisa attorney, Robert Amador, followed Daugherty and told jurors to remember the definitions of the charges his client faces. Amador also questioned the Barstow Police Department's investigation and said that they incorrectly focused on Ellis instead of Darthart.

"You'll hear witnesses say things about Moy Ellis during the trial, but no one saw Moy Ellis do anything" Amador said. "The police thought she did it and were hellbent on proving it."
Darthart's lawyer, Paul Henderson, did not present an opening statement to the jury.

Daugherty called Alan Gilbert and Kasey Tubbs, emergency medical technicians that were the first to respond to the 911 call, to the stand after the opening statements. Both witnesses testified that the child had no heartbeat, wasn't breathing and was cold to the touch when they arrived at the scene.

Darthart's son was found dead on his birthday, Nov. 5, 2006, after police responded to a 911 call on the 1300 block of Nancy Street, according to a Barstow Police Department report from 2006. The report stated that the child was found on a bed in the house with severe external and internal injuries.

The police investigation concluded that the child's injuries were purposely caused by one or both parents and that both parents knew about the injuries, but didn't seek medical aid for him.
Officers arrested Darthart and Ellis on Nov. 5, 2006. Ellis' daughter, 9 years old at the time of the incident, was taken into protective custody at the time.

Darthart and Ellis are both being held at the West Valley Detention Center in Rancho Cucamonga on $1.5 million bail.


The Death of Erin Corwin 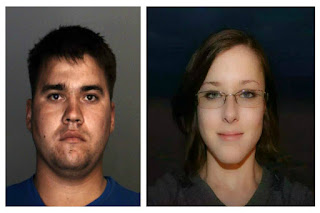 The Erin Corwin case is a very important one. Sean Daugherty is currently the lead prosecutor of the charged defendant, Christopher Lee. Lee is charged with murdering Corwin, his then pregnant girlfriend, and disposing her body down a mineshaft.

Here is a link regarding the preliminary. Read very carefully about the evidence.

New details about Corwin's death, including her oblivious text messages, were revealed during a lengthy court hearing on Thursday at the courthouse in Joshua Tree. The "preliminary hearing" determined that the case against Lee was strong enough to proceed towards trial.

Testimony included the first-ever information about Corwin's cause of death and the physical evidence against Lee.

Corwin's text messages were read aloud during the testimony of Jessica Trentham, a close friend who spoke with her shortly before her disappearance. When Corwin told her about the desert trip, Trentham asked Corwin if she was expecting Lee to give her an engagement ring.
"She said maybe," Trentham. "With lots of exclamation points."

Corwin's texts included one more foreboding detail. According to Trentham's testimony, Corwin said that Lee had planned the desert trip as a romantic getaway, but he also expected to do some hunting, so he would bring a gun, and he might have to pull it out "for a few minutes."

Erin's Texts
"It apparently takes two hours just to get there. A long slow drive. Good talking time, though.”

“I seriously don’t know why he would drag me to a very special place … for a dumb surprise."

"He said the location is only half the surprise ... He's not sure how I'm going to react."

So why are these texts important? No one really knew about the texts before the preliminary. It's smart for the prosecution, as well as the defense, to keep evidence close to the vest in any case. For the most part, evidence that has been leaked has been from the defense.

Also not the Garrote that was located in the mineshaft with Corwin. Sound familiar?

But what about evidence that the Merritt legal team doesn't want you to know about? You will hear evidence on June 15th and rather wished you didn't know. That is how preliminary hearings work.

Why are these cases and Sean Daugherty important to the McStay case? Because Daugherty does cases that involve children. Because the people he's prosecuted harmed and killed completely defenseless people.
The family being buried in the desert seems to have a common thread with cases Daugherty has worked.

Whether it is small children, an elderly woman brutally raped and murdered, an ailing parent murdered by his own son, or a murdered young lady carrying child thrown down a mineshaft, Sean Daugherty takes each case seriously and passionately as if it's his own family who's been attacked.

Posted by Cornelius at 5:14 PM